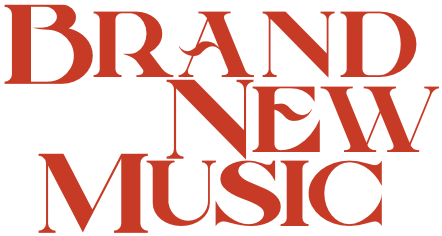 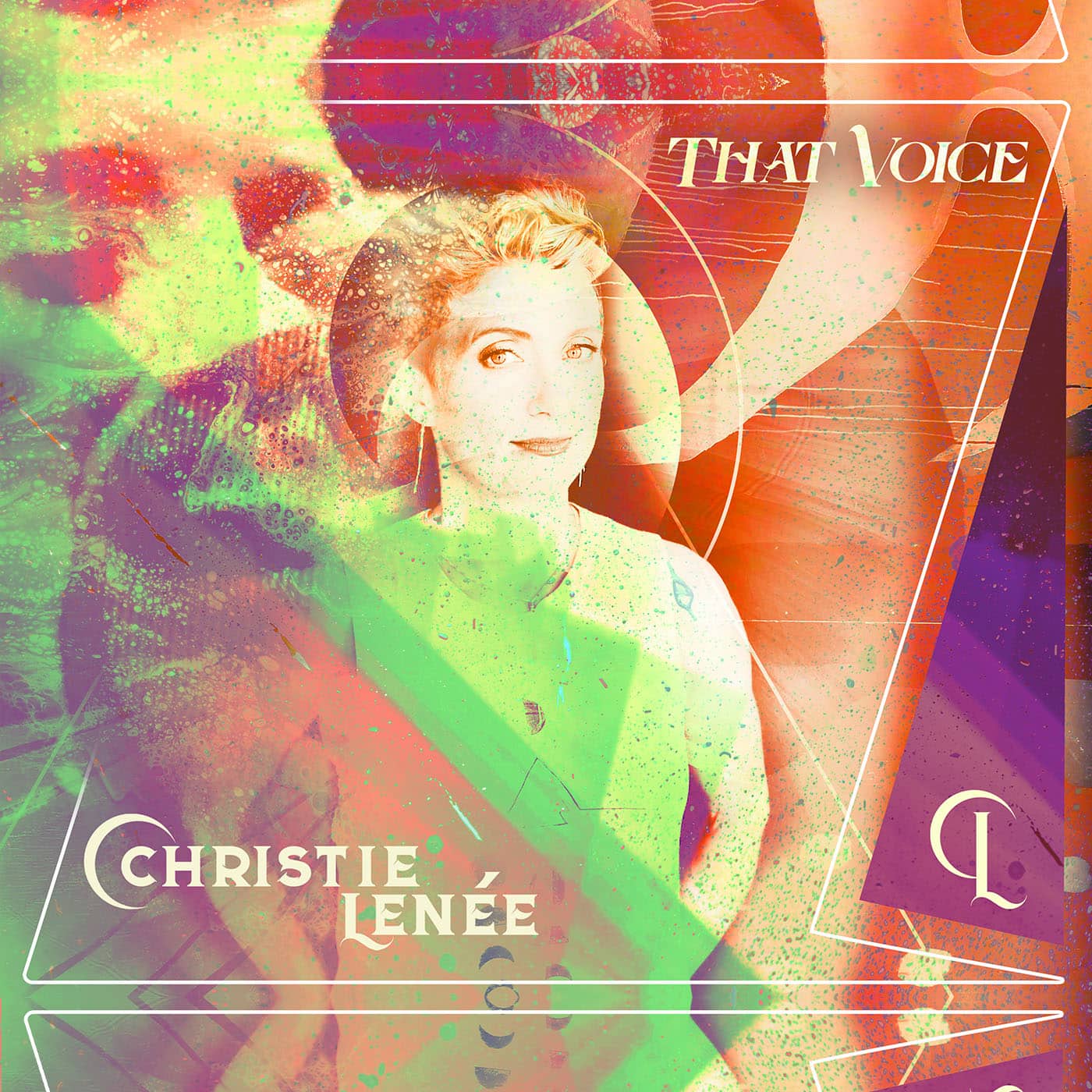 LISTEN TO "THAT VOICE"

“Coming Alive reflects a feeling of self-empowerment and emerging back into the wild,” says Lenée. “I want listeners to be a part of this liberating sensation.”

The first single “That Voice” is a self empowerment anthem about breaking past limiting beliefs. It’s about choosing to stand up to the inner voice that says “I’m not enough,” and instead listen to the one that says “I can do anything.”

Reflection!✨It’s been a week since the release

Special thanks Asheville and YOU for a SOLD OUT Al

Soundcheck at @isisasheville - did I bring enough

Behind the scenes… filming music video for “Wi 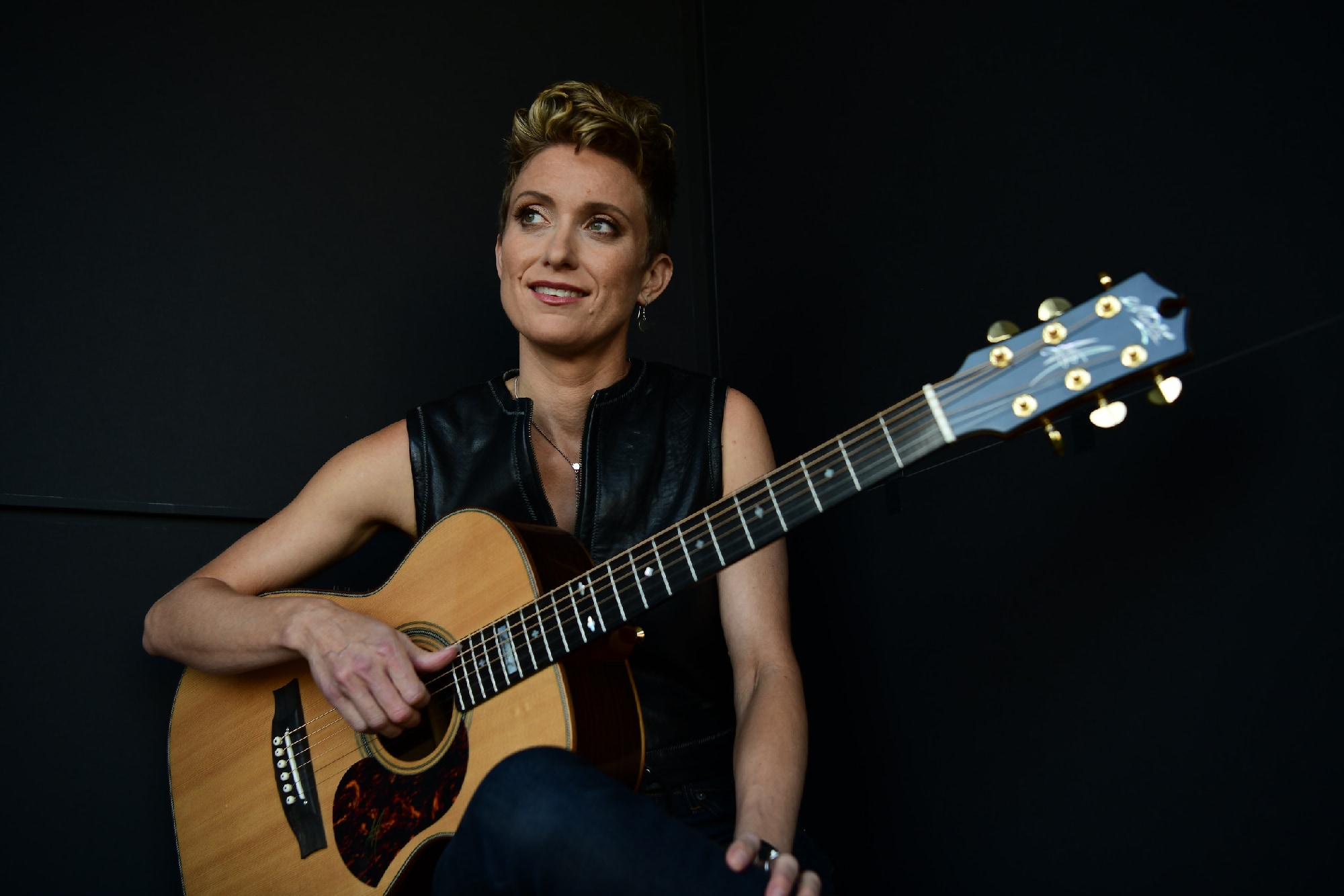 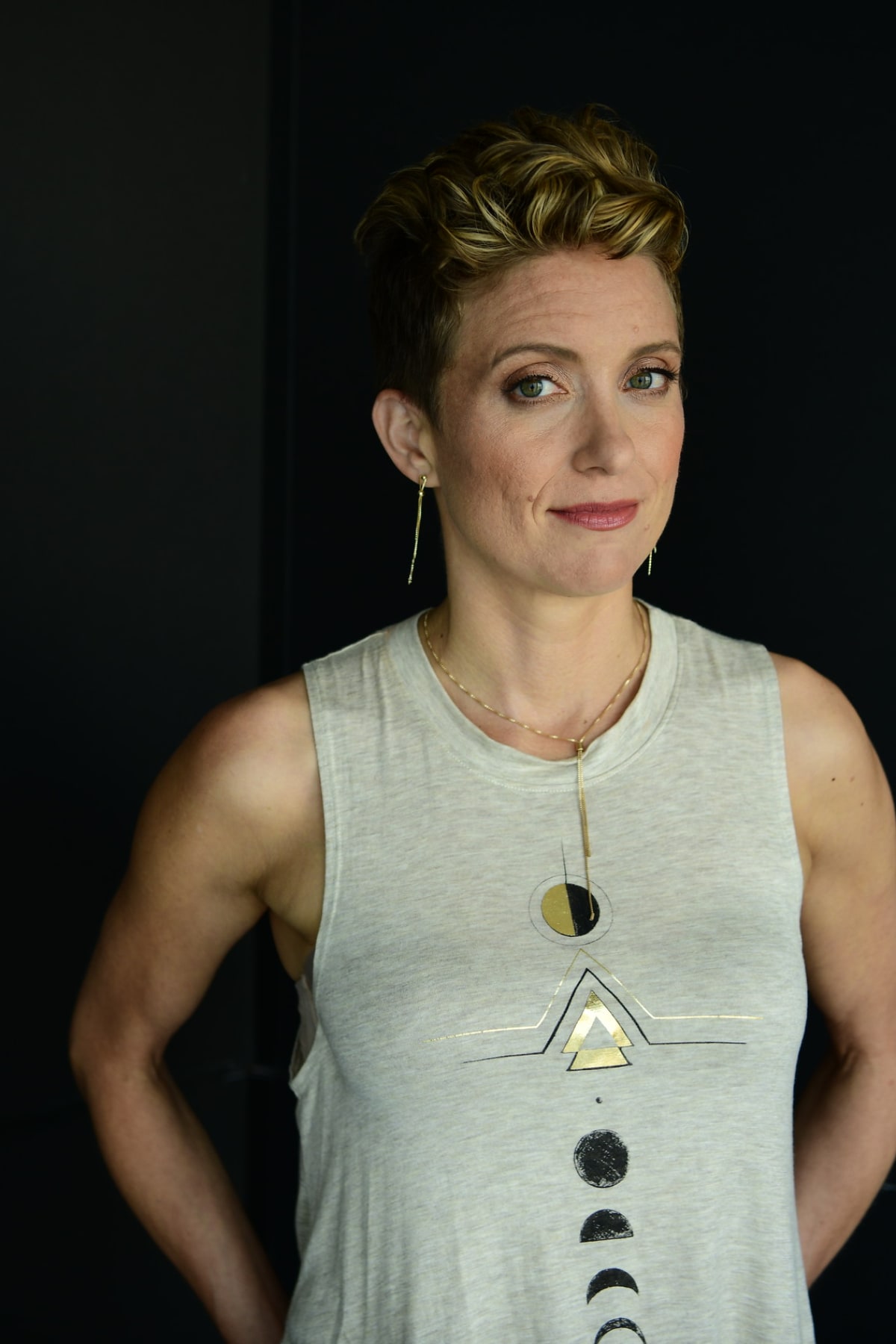 A Tampa native and North Carolina resident, Lenée took First Place at the International Fingerstyle Guitar Championship in 2017, was voted Acoustic Guitarist of the Year by England’s Music Radar in 2019, and was named one of the “Best Acoustic Guitarists in the World Right Now” by Guitar World Magazine in 2020. Even though her last release, Circle Round the Sun, was a best-of, her new record, Coming Alive, with its iconic guitar hooks and powerhouse vocal performances, feels like a giant leap forward. And that jump was made with eyes wide open.

This time out, she decided to make everything bigger, brighter, and more electric. The first line of the first song, the title track (“I’ve got a feeling deep inside…”), tells you everything you need to know: Lenée’s sixth album is a chronicle of joy and hope, of self-confidence and empowerment, of renewal and light.

Coming Alive was conceived in the heart of the pandemic. “Since I was in a quiet introversion in a log cabin in the mountains of Lake Lure,” explains Lenée, “I found that the only place I could travel was inside the journey of music. That experience of quiet and a lack of much real human connection directed me deeper within to a place of self-growth and discovery.”

The original plan for the album was to make a stripped-down acoustic/vocal record. “As we started getting into it,” Lenée says, “I realized there was absolutely no reason to compromise the vision of where I could hear these songs going.” The best studio musicians she knew were also off tour, so it was the perfect time to amplify the song arrangements with an arena rock heart. She even purchased her first American Strat electric guitar to accompany her cherished family of specialty 12 strings, acoustics, and electrics during the making of the album. That classic edge rock sound made the cut and became the lead tone for the iconic guitar solos on “Daylight Comes” and “Free World Citizen.”

This is also the first Lenée album where her voice feels like a lead instrument. Supported by a core trio of vocal coaches as she prepared to go into the studio, she made an energetic transition into allowing her vocals to carry the songs and skyrocket above the guitars. “Since I have always led with my guitar as my first instrument,” she says, “letting the vocals take the lead was a big transition for me as an artist. It was a shift of consciousness that took place while making this album, and for that reason alone, it is like nothing I have ever recorded.”

Take that title track: It began with a riff that Lenée recorded in her log cabin home in Lake Lure, NC, in July 2020. After being worked over a bit by her pal Laurence Juber (guitarist known from Paul McCartney and Wings) with some electric elements, she fleshed it out with melody and lyrics.

“Despite being alone in a log cabin while writing Coming Alive,” Lenée says, “I was generating a feeling of energy and freedom from deep in my core.” Those heightened, stimulated emotions evoked in “Coming Alive” made it a perfect title track. From there, the album documents the totality of human experience: desire, self-doubt, fear, loss, tragedy, gratitude, celebration, love, and belonging.

“Fly Away,” which dates from January 2020, was written with friends and fellow songwriters Dani Shay and Lily Mae Harrington. “The song started with the guitar riff that came to me in a dream while staying in their Hollywood home,” Lenée says. “I showed the riff to them, and they started singing, then it evolved from there. We wanted to write a song about the feeling of falling in love… invoking passion, tension, intensity, and surrender, and the anticipation that inevitably builds up before taking any great leap.”

Speaking of love, “Victory We Won,” written for her partner Laura and amplified with an exquisite soprano 12-string guitar, is a profound and gorgeous song, not to mention highlighting the happy accidents of recording: “At times I was so close to the microphone that my voice peaked the gain of the mic,” Lenée says, “I chose to leave the performance as is. For me, that slight crunch on the lead vocal brought more passion and intimacy to the song.”

Longtime fans will note the appearance of a more rockin’ “Free World Citizen.” It was recorded initially in 2018, but since it has been Lenée’s most popular live song, here is a fresh performance generating new life with a full-band and rock-inspired electric guitar solo. Lenée’s live energy was really captured in this recording.

At the pinnacle of her career so far, Lenée has been voraciously praised by Guitar Player Magazine, Acoustic Guitar Magazine and Guitar World, shared stages with exalted musicians such as Tommy Emmanuel, Tim Reynolds (Dave Matthews Band), Amy Ray (Indigo Girls), and Melissa Etheridge, and has stacked up endorsements from guitar companies like Martin, Luna, Irvin, and Veillette, alongside her signature string set via Savarez Strings. With a showcase slot at 2022’s AmericanaFest and a new album in hand, she’s ready to shake off the past and come alive again – right on time.

“…One of the most shockingly moving interludes we’ve ever had. It was more than the fluid, neck-tapping virtuosity. She seemed to radiate joy.” ~ Craig Havighurst, Music City Roots, Nashville, TN

“A female singer and guitarist who’s probably one of the more creative in terms of how she plays the guitar.” ~ Guitar Girl Magazine

“Christie Lenée is a captivating and natural-born composer, performer, and guitar wizard.” ~ The Folk Project

“Christie Lenée is a wonderful spirit making beautiful music on the guitar. She has epic compositions that take one on a journey through time.” ~ Tim Reynolds, Guitarist for Dave Matthews Band

“By mixing fingerstyles, two-hand tapping, and improvised percussion, this acoustic virtuoso is extending the potential of the acoustic guitar.” ~ Guitar World

“She bounds from folk to classical while dropping jazz, blues, and jam-band-friendly funk lines along the way. She even wilds out on occasion and unleashes the hot, heavy licks that make classic rock fans drool. And there’s a warmth to her playing that suggests the artist has a lot more to say than simply “look how good I am.” ~ Creative Loafing

“Watching Christie is like watching a master chef bring the best tasting ingredients to your lips!” ~ Ellis Paul, Folk Icon

“Christie Lenée is a fine young guitar player, composer and singer whose depth is surprising in our age!” ~ Tommy Emmanuel, CGP

“The message in the music of Christie Lenée is crystal-clear and unambiguous. And that message is a celebration of life, love and joy. The elation in her voice, the ever-present smile on her face, her warm and embracing lyrics, her wonderful between-songs anecdotes, and her brilliant guitar playing all point directly to that message.” ~ Scott Hopkins, MusicFest News 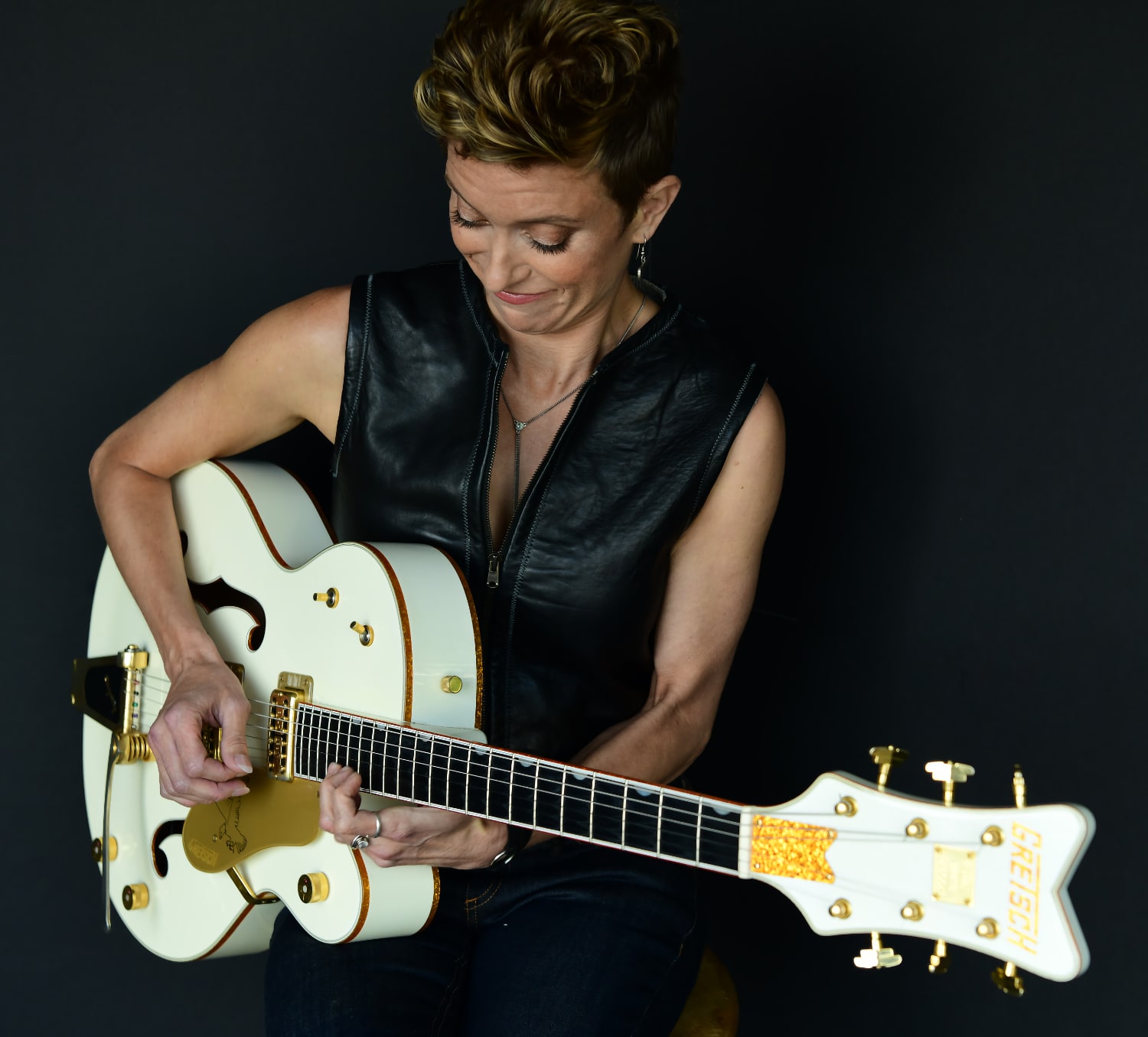 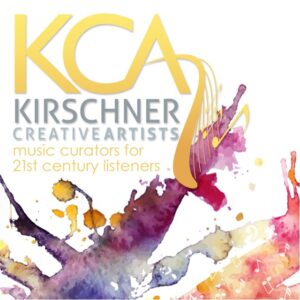 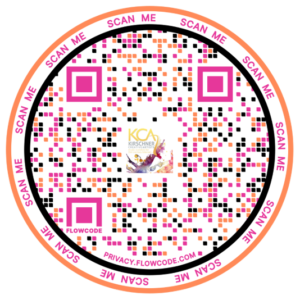 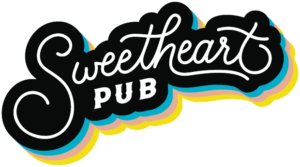 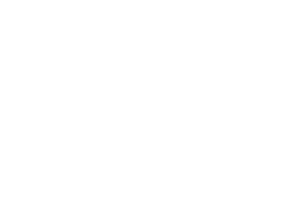 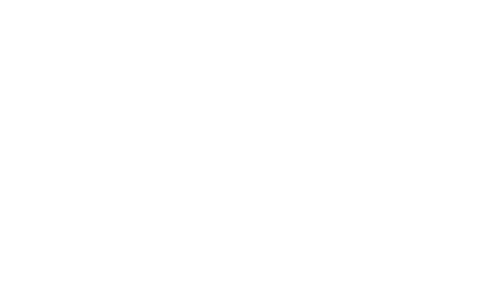 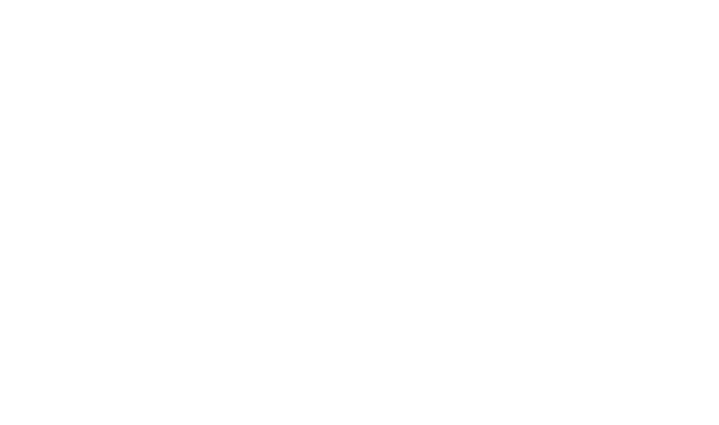 Click here for Virtual Tip Jar & Patrons of the Arts Contributions – thank you so much for your support!  >>